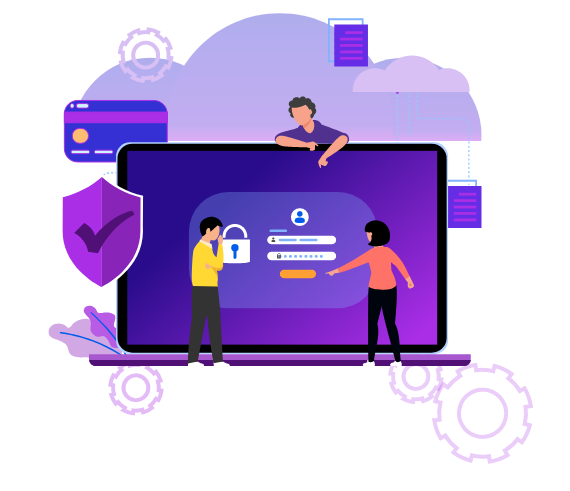 Safeguard all sectors from internal and external attacks

There is a demand for private government information due to economic and political motivations from global, state-funded hacking, to cyberattacks on local councils, cybersecurity is a major concern for governments worldwide. However, an uptick in cyber attacks and data breaches affecting government operations has created a perfect storm of risks and challenges. Cyber threats continue to have an outsized impact on department and agency operations, which can erode public trust and reduces the ability to deliver critical mission functions. The government has issued guidelines for chief information security officers regarding their key roles and responsibilities for securing applications and infrastructure, as well as compliance.

According to government data presented in the Parliament on March 18, 2020, nearly 1.16 million cases of cyberattacks were reported in 2020, nearly three times more than in 2019 and more than 20 times compared to 2016. According to official data, approximately 115,000 cyber-attacks were reported each month between September and December 2019, totalling approximately 460,000 in these four months.

Offices of 16 parliamentarians including the German Chancellor, Angela Merkel, were compromised with mailboxes copied and internal data uncovered.

Two separate attacks were launched on the US Office of Personnel Management between 2012 and 2015. Hackers stole around 22 million records including social security numbers, addresses, and even fingerprint data.

Personal information, including email addresses, phone numbers, and even thumbprints and retina scans, for over 1 billion Indian citizens was stolen from the Aadhaar database. The data was reported to have sold online for as little as £6.

There are ways to achieve a satisfactory level of cybersecurity, which may include data security solutions as well as database security. Frequently, the best way to meet this objective is to adopt a cybersecurity framework. A framework provides the structure and methodology required to safeguard your critical digital assets. At StepToSecure, we understand the importance of data and how to construct a solid security structure.

Have a look into sample report

Our outcomes are rich in rigorous knowledge and easily understood by the Tech and Management Teams.

Mark what clients think about us.

Are you adhering safekeeping security?

Business handlers can protect themselves from numerous attacks by adhering right security policies.